Reliable and trustworthy cooperation with our customers is the basis for our success. Our individual solutions and our consulting service to the help of the preparation of tender texts and design drawings make us a competent partner. Our field service is your partner from planning to measurement to assembly. The continuous training of our employees ensures a fast processing with customer-specific detail solutions.

Our high-quality products create customer satisfaction. Through the use of durable materials, detailed planning, highly qualified employees and precise machines we can guarantee very good product quality. Our in-house test laboratory constantly tests the high product quality. All necessary certificates for fire protection, smoke protection, sound insulation are available to us. Of course, we are certified according to the internationally recognized quality management system DIN EN ISO 9001.

Solid and perfect craftsmanship, innovative technology, high-quality products in the best quality, a sure flair for what customers want and continuity over four generations - all this has made Nüsing what it is today: an international company and a company The largest and most successful manufacturer of mobile partition walls. Mobile partitions from Nüsing are at home all over the world. In 1878, when Bismarck was on the summit of his power and Edison invented the light bulb, master carpenter Franz Nüsing founded his Westphalian billiards and blinds factory in Münster. The name was program. For four decades the tables were made for the colorful balls, which stood in the living quarters of the bourgeoisie and also in every better inn. The production of the billiards with the large, three-centimeter thick slate slab in one piece and the complicated leveling mechanism required a lot of skill and precision. The name Nüsing stands for both today, even if the last billiard table left the factory at the end of the First World War. Less of the technique than of their material was that the blinds from narrow spruce boards did not run as they were thought. Their small wooden boards had to be repainted every year and the straps with which the blinds were operated were quickly worn down by the sun. The effort for what is now called service was correspondingly large. Blinds have therefore also been replaced by blinds. At Nüsing, the roller shutter production was started before the turn of the century. As a roller shutter nosing, the legally independent subsidiary in Münsterland, which has been a legally independent subsidiary since 1979, is still a term for sun protection with awnings, blinds and blinds. Whoever creates perfect blinds for windows, can also produce those with which rooms and halls can be separated. Nüsing produced Nalting already from the beginning of the 20th century. At the beginning of the 1920s they went a step further, opted for a new technique, and expanded the production program to include harmonic natures - the first moving room divisions. For a long time the folding doors consisted of a scissors construction, the inner slats were made of pinewood. Nüsing has consistently developed new solutions over the years, using new surface materials such as synthetic resin, plastic or artificial leather, and has produced numerous variants, such as single-shell or sound-absorbing designs. Customers not only found themselves in Germany, but also far beyond. In the 1960s, harmonics satellites from Münster were assembled between Hammerfest and Tel Aviv. As a result, Nüsing grew into the leading German folding door manufacturer.

Identify the needs of the market, and meet the highest quality standards. These are the basic principles of our entrepreneurial thinking.

Through a continuous improvement process, our development department, in cooperation with all departments, has developed a product range that combines quality, functionality and practicality. With our products, we are the market leader in the field of noise protection, fire protection and smoke protection. 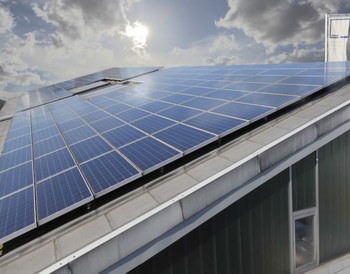